The Growing Participator Approach to studying languages focuses not on the individual “learner” and his or her acquisition of vocabulary and grammar alone, but instead focuses on the ability to interact and participate in an ethno-linguistic community.  Advocates of this approach to language study point to the inherently social nature of man and the crucial role that language plays in social interaction: listening in order to understand and speaking so as to be understood.

Thus, according to the GPA, the focus in acquiring a new language must be on the student’s ability to increasingly interact socially as a “growing participator”.  In general, one does this, not by memorizing sentences that could never be produced by oneself, but by, in stages, becoming intimately familiar with what speakers of the language say, and then trying to talk as they do, with support as needed.
The Growing Participator Approach consists of six distinct phases.  During the very first phase, the student (“growing participator”) and instructor (“nurturer”) interact about visible and present things, enabling immediate communication and allowing the student to become familiar with hundreds of new words.  Later phases progressively shift the content of communication to more abstract elements, initially through the help of pictures, drawings, and stories.

100 Hours (three to six weeks). Nurturer helps us grow by playing with us. We learn to understand about 800 words, and many grammar structures through input flooding. We tune up to the language and begin speaking. We can understand complex speech about the here-and-now, along with survival expressions. Speaking is quite a struggle for us! When it comes to meaningful relationships in the host world (as opposed to host people meeting us in our own world) it is mainly just our hired nurturer. By the end of this phase our ability is something like FSI Level 0+

150 Hours. Using wordless picture stories (possibly other visible props), we greatly increase our ability to talk and understand. Though our talking still works best in the here-and-now mode, we are understanding lengthy narratives when we have set ourselves up for them through personal interaction in the host language supported by picture stories. Our relationship with our nurturer is getting surprisingly deep already, and we may carry on a few other relationships, but still with difficulty.  We add another 1200 words to our listening vocabulary, and participate in many public situations in local life.

250 hours. Hearing and discussing “world stories” (also called “bridge stories”) such as Cinderella or other widely available stories.  Engaging in shared experiences with our nurturer(s), and reminiscing together later.  Talking in detail about the common public experiences mentioned above under Phase 2. Starting to understand expository language.  Basic conversational ability—can carry on conversations on a growing variety of topics.  Can tell simple stories.  Thus, friendships with several people can be going relatively deep.

500 hours. Life-story interviewing, walk-of-life interviewing, interviewing about detailed observations of local social situations, letting us discover more about the meanings host people bring to their world in order to understanding it, building “epic stories” day-by-day (by co-construction and task repetition rather than memorization) with a number of friends.  Bonding deeply with a number of people. Lots of conversational ability, and ability to narrate with increasing richness.  Able to produce some expository discourse.  People share their hearts with us and we with them.

500 hours. Understanding much of what host people say to one another (in contrast with what they address to us personally) is still a great challenge.  In this phase we “massage” a large volume of recorded, native-to-native speech, figuring out what is preventing us from understanding those parts that we can’t understand.  We are able not only to have deep relationships, but also to participate in host communities of practice, for example, an aerobics club or a study group, and in those groups being taken as “more or less one of us”.  We have a powerful secret: we are understanding most of what we hear people say. Thus we can’t stop growing as long as we are involved with people.

The last sentence under Phase 5 defines this phase. We continue walking the walk and talking the talk, and growing the growth, never forgetting that “it’s not a language to be learned, but a life to be lived.”

We have been offering foundational courses in Arabic using the Growing Participator Approach for over 6 years and have been pleasantly surprised by its success.  As the surrounding environment is crucially important for the development of the “growing participator”, we are working to provide students with greater opportunities for cultural immersion. 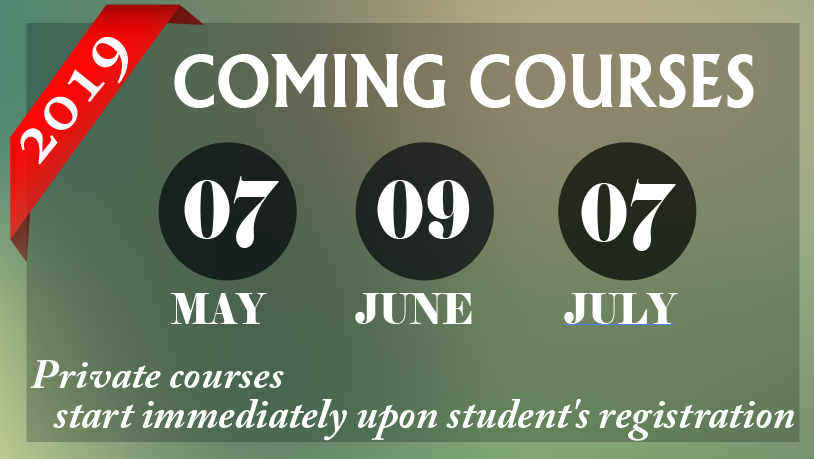 Take my advice and start today with YIAL. You won't regret it!